Below is an interactive map of the overland flow analysis clipped to the City of Toronto including the estimated 100 year flow spread and a 2x 100-year flow spread estimate. The mapping also includes overland flow paths within Toronto (the centreline of the major drainage flow path) and outside of Toronto covering the entire TRCA watershed areas ((c) CityFloodMap.Com). The major drainage system flow spread in Toronto is essentially a buffer from this centreline considering each overland flow reach's hydrology (rational method) and hydraulics. A standard road cross section assumed to estimate the spread using each overland flow segment's longitudinal average slope (or a minimum to avoid zero's for segments across filled sinks that have no slope). More details on the analysis including the basement flooding correlation is described here:

Social media geotagged surface flooding pictures like the one below were found to corresponds to the mapped overland flow path in some areas: 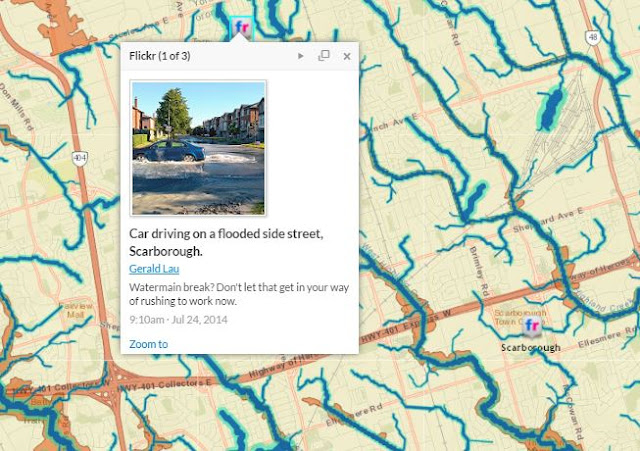 The interactive map is below (c) CityFloodMap.Com. Note, approximate TRCA regulation boundaries were estimated from camaps.ca georeferenced image features, and TRCA shoreline/slope regulation areas have been excluded to focus more on where river flood risks exist: 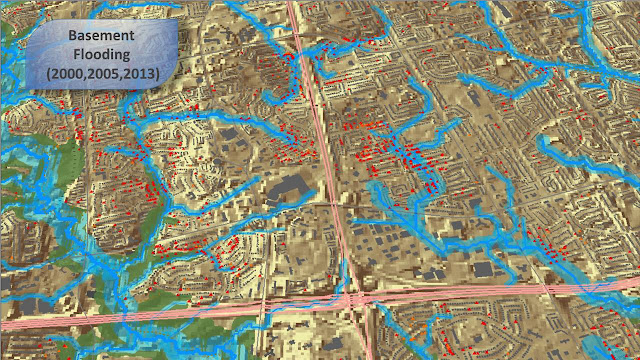 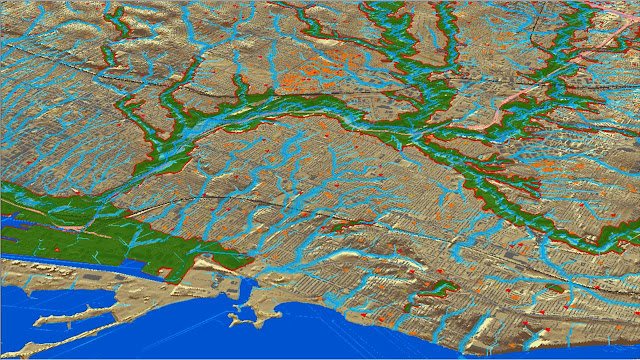