Toronto - East End: good slopes toward Lake Ontario, the Don River valley and Taylor Creek. Little flooding in May 2000 and August 2005 (those storms did not affect this area greatly however). 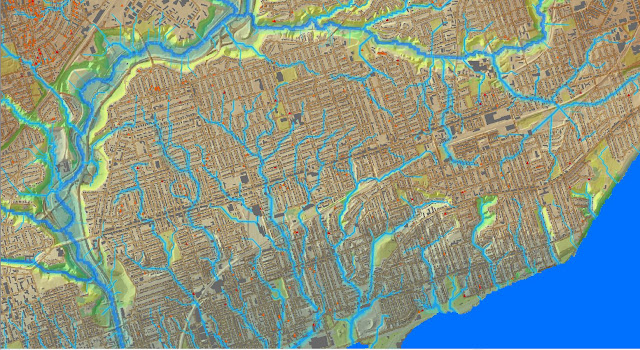 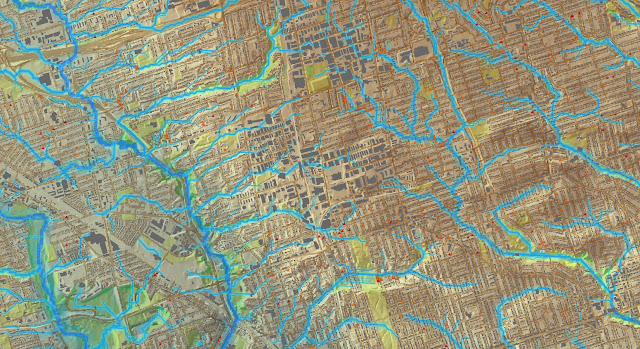 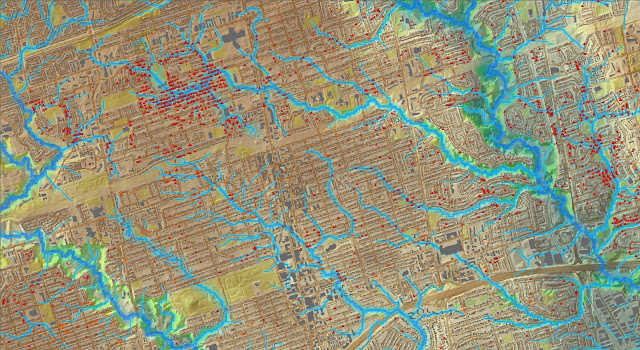 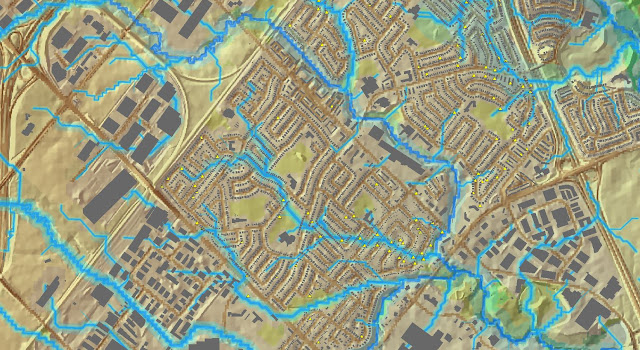 Mississauga - Cooksville Creek: A large 2000 mm diam. trunk sewer runs along the 'lost river' flow path in the centre of the map, south the the QEW.  This branches to two large trunk under the QEW and upstream.  Flooding locations are approximate. 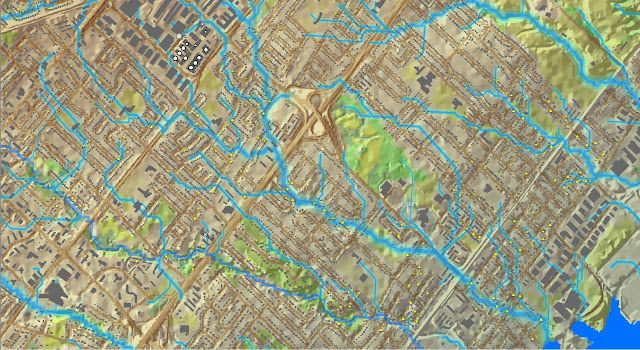