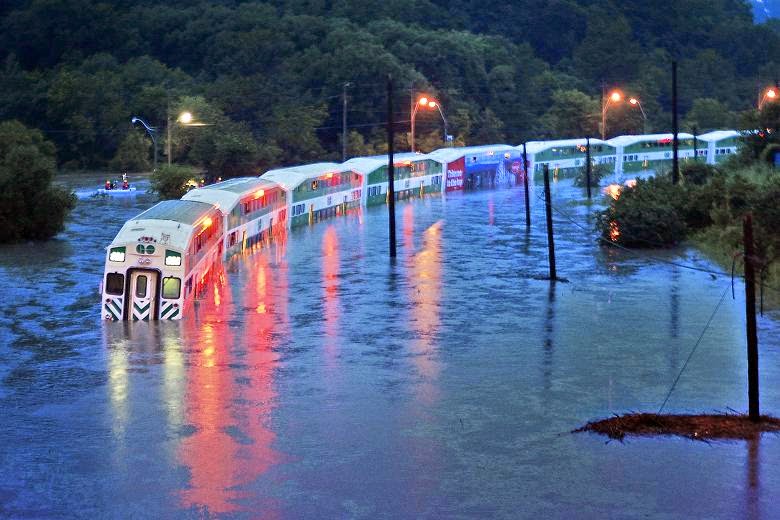 What do vaccines and rainfall extremes have in common? Both have been victims of bad science when it comes to public education and media reports. And this can lead to bad policies and misguided actions that fail to address real problems.

Recently the outbreak of measles has led the media and medical professionals 'call out' those falsely linking increased autism to vaccines through their anecdotes, beliefs and unscientific arguments. Similarly, increased flood damages have been linked to more extreme weather - more intense storms - due to climate change.  But what do the statistics of extreme rainfall show? How does the scientific data compare to the media hype? Data in Canada (see links at the bottom of this post to maps, charts, tables, etc.) show no increasing trend in extreme rainfall.

But its hard to argue with pictures like a stranded GO Train in the Don River Valley, and suggest that flooding isn't increasing.  That is unless you realize that the river outlet - the Keating Channel - was designed with a low capacity and was the subject of a flood inquiry in the early 1980's.  Keating Channel flood inquiry report.  If it is not dredged it gets clogged with sediment and backs up.  Its not news, its fluviogeomorphology and hydraulics.  TRCA has a nice summary of the century-old problem:

"Since its construction between 1914 and 1922, the Keating Channel has been subject to heavy sediment loads, requiring regular dredging to maintain sufficient depths to allow for and maintain shipping activities at the mouth of the Don River. Between 1950 and 1970, widespread development throughout the Don Watershed and the construction of the Don Valley Parkway increased sedimentation rates by up to four times that of the pre-was era. After 1970, decreases in the number of new watershed disturbances and improved sediment control structures likely contributed to the decline in sedimentation in the Keating Channel to levels similar to the pre-war era. A reduction in shipping activities within the Keating Channel, combined with restrictions on the open water disposal of dredgate imposed by the International Joint Commission (IJC) in 1974, resulted in a cessation of dredging in the Keating Channel. In the following five to six years, the Keating channel filled with sediment and debris to the point where it became visible under all but high lake levels, resulting in increased flood risk along the lower Don."


Because of the low capacity, engineering solutions have been built or proposed like the Lower Don Flood Berm, or the Don Mouth Naturalization Project (DMNP) that just received provincial EA approval (see file EA 03 03 02). Of the DMNP TRCA: "This project will transform the existing mouth of the Don River (the “Don Mouth”) including the Keating Channel, into a healthier, more naturalized river outlet to the Toronto Inner Harbour and Lake Ontario, while at the same time removing the risk of flooding to over 290 hectares of urban land to the east and south of the river." To see how the Keating Channel system was designed to spill all over with limited capacity, check out the hydraulic simulation video above that shows - this is the widespread flooding based on today's design and climate conditions.

In a separate post we explain that the GO Train flood was an operational mishap and not an extreme event - record rainfall at Pearson Airport in the Etobicoke Creek Watershed on July 8, 2013 did not hit the Don River Watershed where the GO Train was stranded, and where the river peaked at a measly 80.7 m, lower than the May 29, 2013 weeks earlier, and lower than the river's one-in-five-year design flow.

Back to rainfall extremes.  Environment Canada's Adaptation and Impacts Research Climate Research Division recently reviewed Southern Ontario rainfall statistics to see if there have been any measurable trends in rainfall patterns and intensities.  These guys are no dummies. A brief summary for those without time to read all 176 pages: 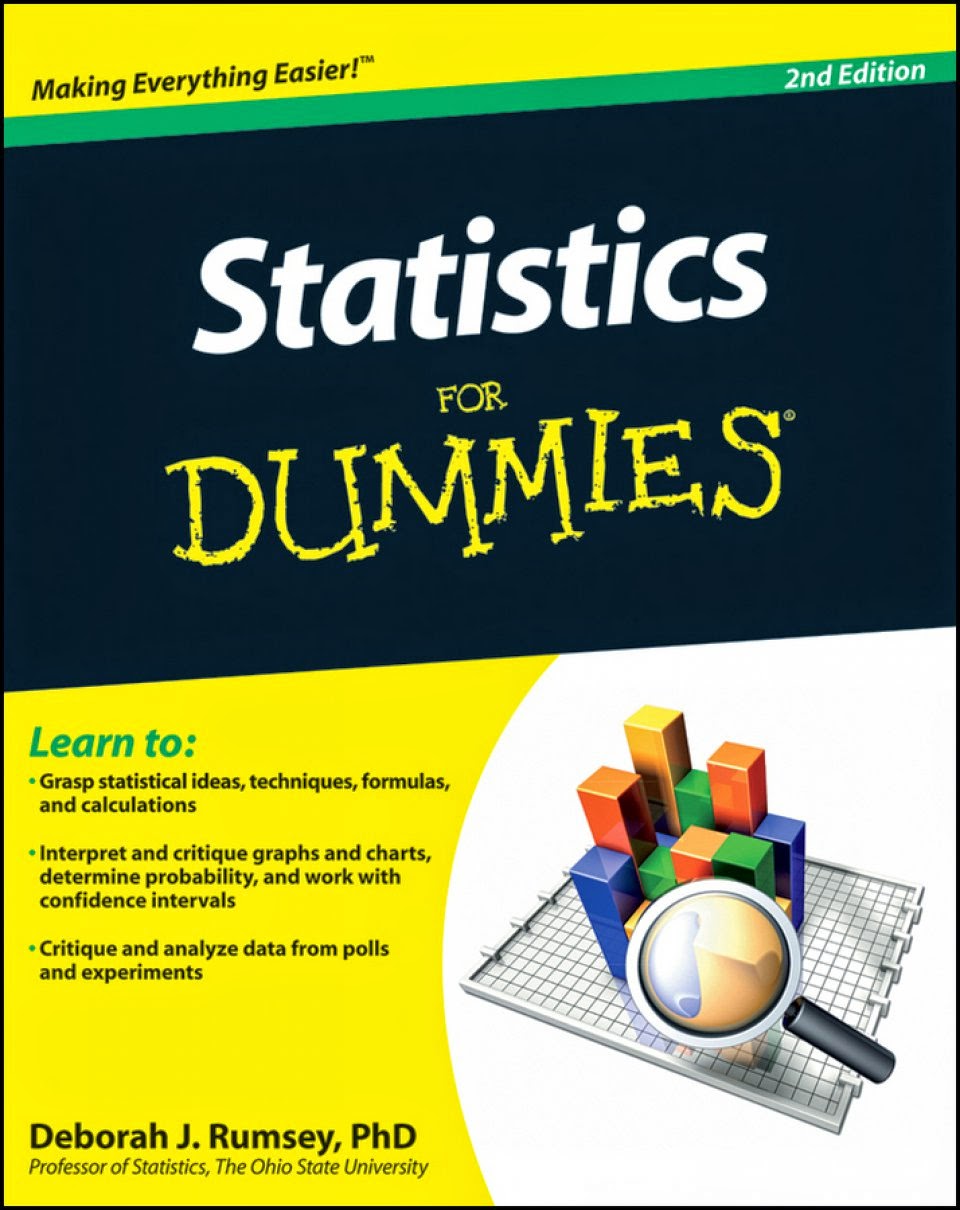 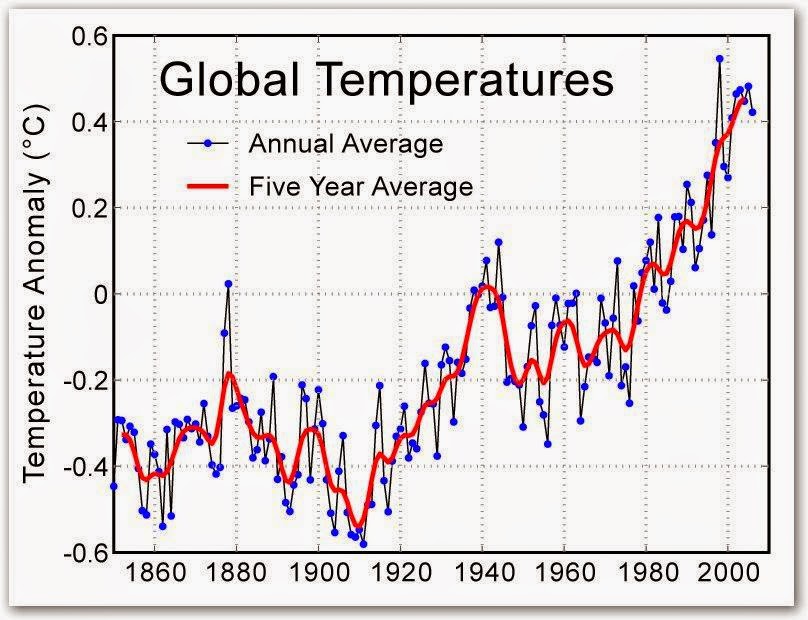 And insurance losses have been increasing in Canada.  You'll have no problem finding graphs and statistics showing the number and size of weather related claims increasing (see below). 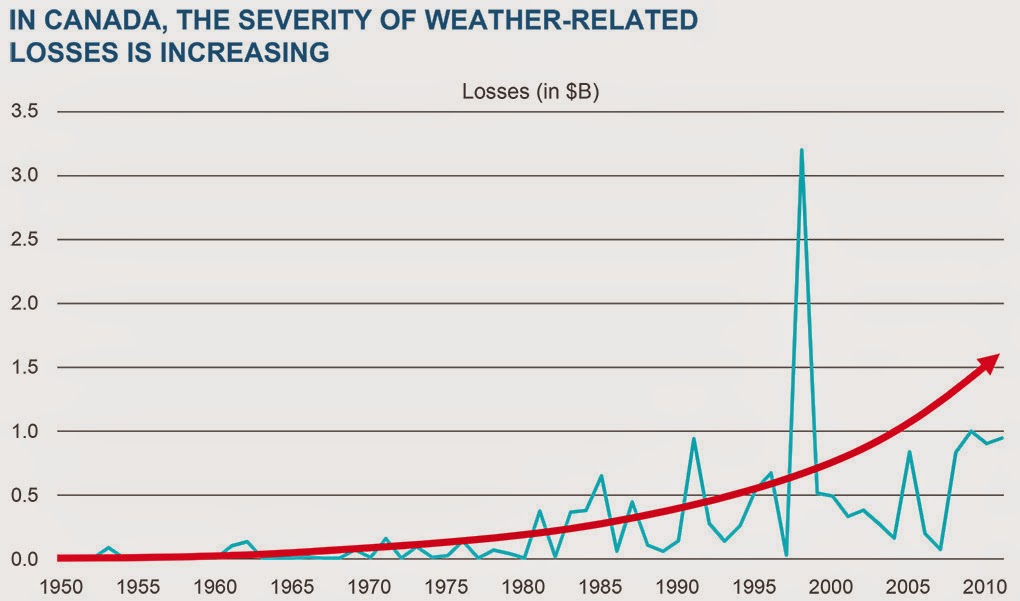 But are there any statistics of increasing rainfall intensities?  Apparently Environment Canada does not have any.

But this has not stopped the media from reporting increases as facts.  This may be because the media confounds future predictions with historical trends.

The CBC's Weather Gone Wild documentary
was written by Helen Slinger and Melanie Wood.  To carry on the vaccine science analogy, they are the Jenny McCarthy's of meteorology.  They cite that every degree of temperature rise means 7% more moisture in the air, implying this means more extreme weather (more rain?).  If this linkage is true, how come the rainfall intensities are not increasing like the temperature graph does?  In other words, why does Environment Canada not have a parallel graph showing rainfall intensities increasing too? Jenny McCarthy should consider autism rates were increasing while MMR vaccination rates were decreasing - no correlation.  Helen Slinger and Melanie Wood should consider temperatures were increasing but but rainfall intensities were not - no correlation.

Linking insurance losses to climate change rainfall impacts can cause a province like Ontario to focus on distractions instead of solutions; for example cause it to embark on an expensive green energy program that hurts the economy and consumers.  But what if there have been no increases in extreme rainfall statistics - just extreme weather reporting?  Would the push for green energy be so strong? Would there be as strong a support for GHG reductions?  Yes, there are legitimate reasons to mitigate temperature increases and the effects on our environment, but so far, increased rainfall intensities is not one of those effects (not scientifically measurable). Insurance industry claims have been dismissed based on CBC's consultations with Environment Canada.

Do images of flooded GO Trains support the need for carbon taxes / carbon pricing so that we can tackle supposed rainfall increases?   Maybe we should have a carbon tax, but please use the money to dredge the Keating Channel instead of subsidizing solar panels, and maybe improve some other 100 year old infrastructure that still can't handle today's weather.

Models vs Data - WHat has COVID-19 taught us?: https://www.cityfloodmap.com/2020/05/what-covid-19-taught-us-about-observed.html

More on the 1981 flood inquiry:
go-train-flooding-not-new-1981-inquiry.html

More on why the GO Train flood on July 8, 2013 was completely avoidable:
http://www.cityfloodmap.com/2015/12/stranded-metrolinx-go-train-avoidable.html:

More on why cognitive biases that hamper rational though on flood causes:
http://www.cityfloodmap.com/2015/11/thinking-fast-and-slow-about-extreme.html