Milli Vanilli "Blame it on the Rain" Meteorology Awards - 2015 Nominees

1) Phat beat with that Roland TR-808 groove in the back of the mix with tasty cowbell tinkles - who doesn't need more cowbell from an iconic analog beat box?

2) Catchy lyrics per this excerpt:

3) High production promotion with a couple of 'singers' delivering it all.

As we all know now, the 'singers' we all saw weren't singing at all, but just lip syncing to recorded tracks telling us to "Blame it on the Rain" because we gotta blame it on something.


In honour of Milli Vanilli, CityFloodMap.Com now announces the Milli Vanilli Meteorology Award nominees - those who, with little substance "Blame it on the Rain" when it comes to weather science, extreme value statistics, flood risk assessment, and flood damage reduction policy.  TR-808 drum roll please ...... and the 2015 nominees are: 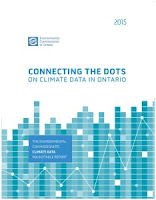 "But now “1-in-100 year” storms, which are often the threshold for resilient design, are happening more frequently than in the past." (per summary brochure)

Why this is a worthy nominee:
http://www.cityfloodmap.com/2015/07/connecting-dots-on-climate-change-100.html

Coles Notes: Environment Canada states there has been no significant change in rainfall over decades. Also old systems built pre-1980's to 1-in-5 year storm level of service will continue to flood as they always have - rain is not more frequent as the data clearly shows.  Runoff has increased though in our cities and watersheds.  And flow conveyance systems are more constrained resulting in more frequent back-ups and damage. 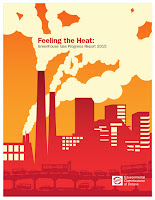 "The report notes that extreme weather associated with climate change has already damaged the province’s infrastructure; for example, intense storms and flash floods in recent years have caused costly damage to provincial roadways and commuter rail lines. And future projections for the province point to an even more unpredictable and unstable climate."  (per release document)

Coles Notes:  This GO Train rail line area has always flooded, with records going back to the "Great Flood" on September 13, 1878. But the watershed hydrology has changed and there is more runoff than during the 1981 flood inquiry that noted during the March 21, 1980 flood "Part of the CNR track flooded to the north and east of a point south of Bloor Street."  During the April 14, 1980 flood, after a 5-6 hour period of rain, CNR tracks at the Bloor Street ramp were flooded.  The inquiry report indicates that train operation has halted, or trains were detoured during floods, including December 25, 1979, January 11, 1980, March 21, 1980, April 14, 1980, February 11, 1981 and May 11, 1981. Lack of recent Keating Channel dredging may reduce flow capacity of the river system, aggravating flood risks. SO DREDGE THE CHANNEL! IT'S LIKE A METAMUCIL FLUSH FOR FLOOD PREVENTION!

WAKE UP! The May 29, 2013 flood was worse - higher recorded water level at Todmorden gauge, higher flow rate than July 8, 2013 - but luckily missed trains due to the schedule. 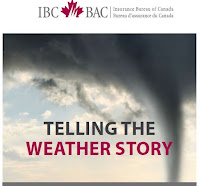 See full details:
(well you can't because MRAT has some proprietary information, but you can read about the source of the statement in IBC's Telling the Weather Story in our link below)

Why this is a worthy nominee:
http://www.cityfloodmap.com/2015/07/storm-intensity-not-increasing-old.html


Honourable mentions include those who have repeated the IBC statement that storms that used to occur every 40 years occur every 6 years now, including:

Gotta Blame Flooding on Something? And not the rain?  Here you go:

Our letter to the Minister of the Environment of Ontario has some ideas:
http://www.cityfloodmap.com/2015/08/letter-to-ontario-minister-of.html

Our research into overland flood risk factors is has some ideas as well:
http://www.cityfloodmap.com/2015/08/toronto-overland-flow-factors-affect.html

Overall, instead of blaming it on the rain, look to runoff / hydrology changes in our watersheds and urban catchments, and at flow / hydraulics in drainage infrastructure, including the neglected overland flow system.  See the post below on Rain-Runoff-Flow-Flood. 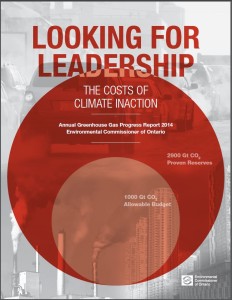 It is noted that the ECO in the 2014 report Looking for Leadership, The Costs of Climate Inaction has repeated the "Weather Story" statement saying:

"For example, the Insurance Bureau of Canada estimates that extreme storms of a magnitude expected to happen every 40 years are now predicted to occur every six years."