"The unsatisfactory state of hydrology is, in the final analysis, the result of the dichotomy between the theoretical recognition of hydrology as a science in its own right and the practical impossibility of studying it as a primary discipline but only as an appendage of hydraulic engineering, geography, geology, etc." Vit Klemeš in Dilettantism in hydrology: Transition or destiny?, Water Resources Research, Vol. 22, 1986.

That explains it! Nobody studies hydrology in its own right, and so this limp appendage of other scientific pursuits has been ignored. Pity - because hydrologic science and simple quantifiable land use changes can explain increased runoff and increased urban flood damages in Ontario municipalities. Why is it ignored? Because hydrology is just the run up to other things like dynamic hydraulic simulations and then infrastructure construction.

Take a look at these Ontario urban area land use maps, and see how the limits of urban areas have increased over thirty years or so from 1966 to the late 1990's. It can be dramatic. For some catchments, the increase in urban land coverage can be an order of magnitude. 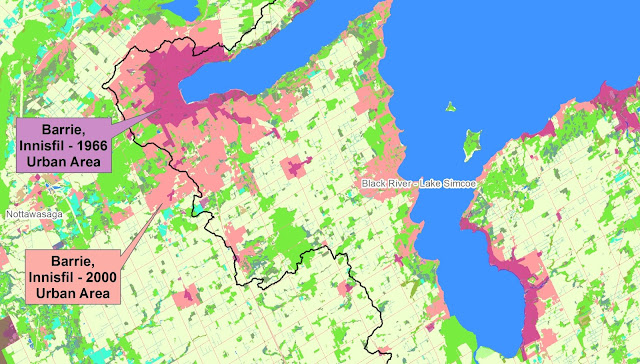 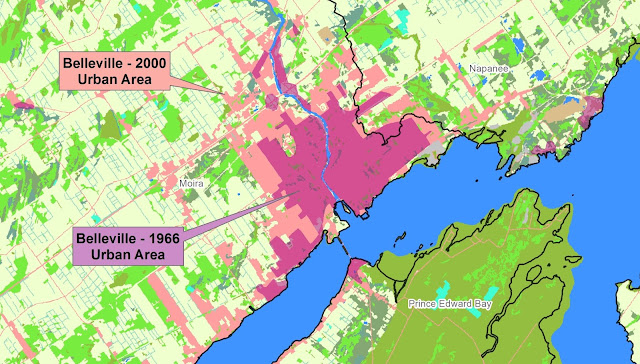 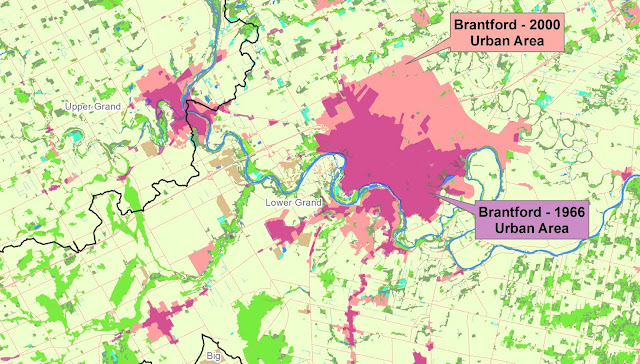 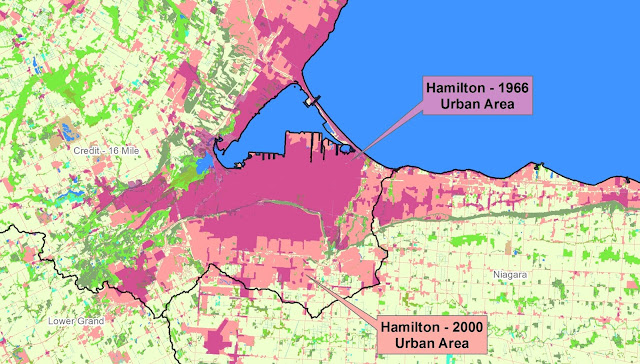 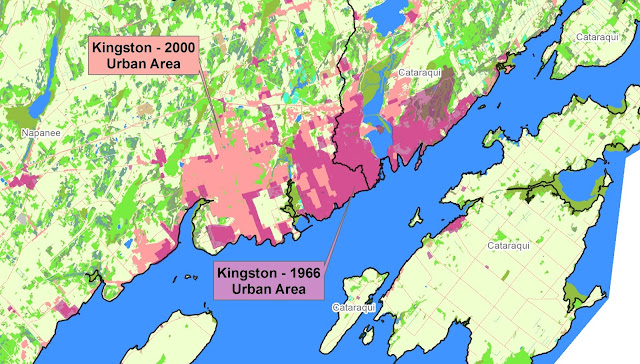 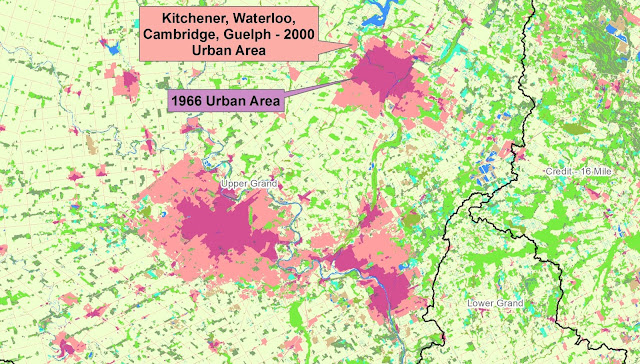 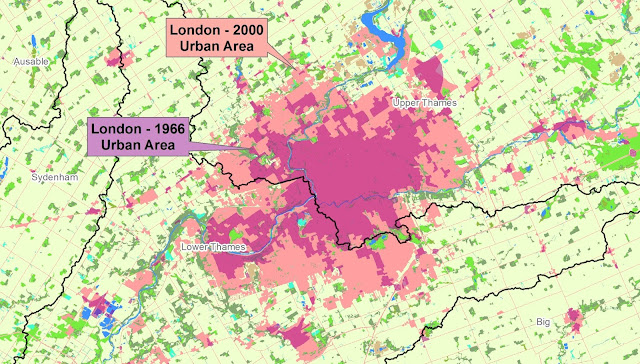 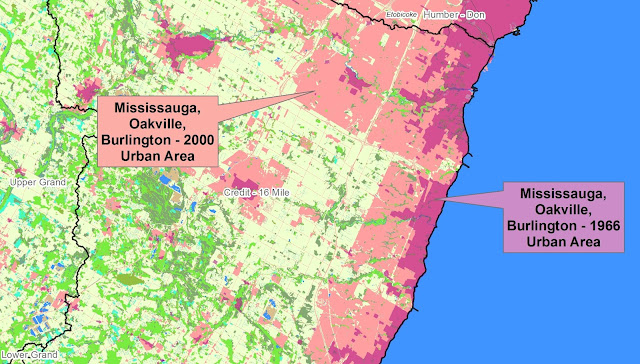 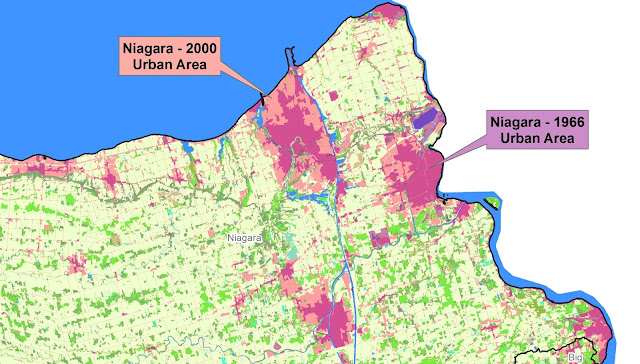 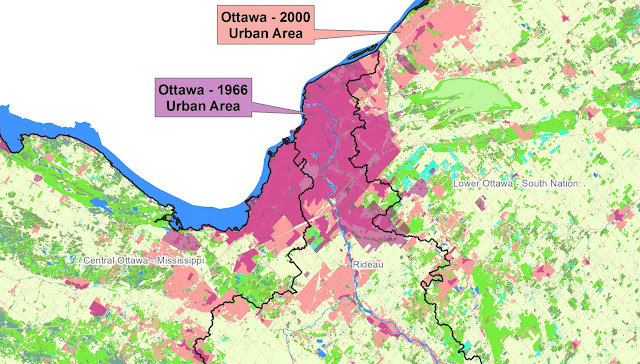 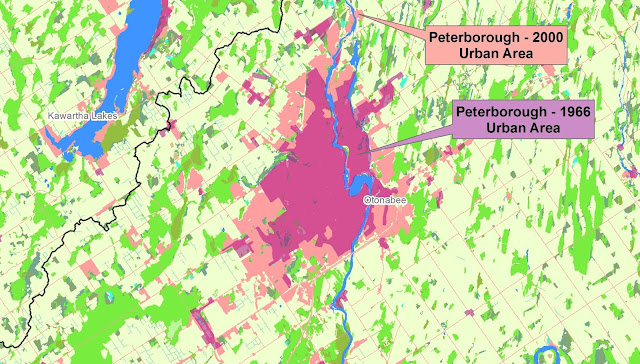 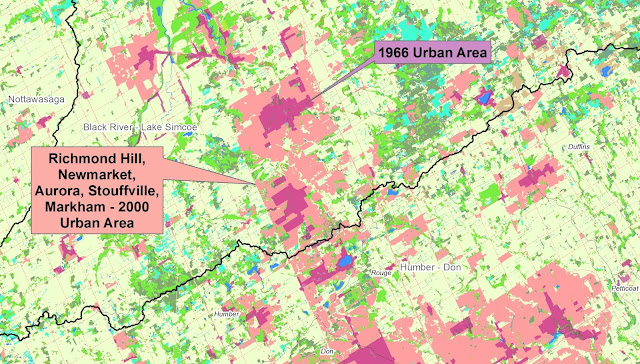 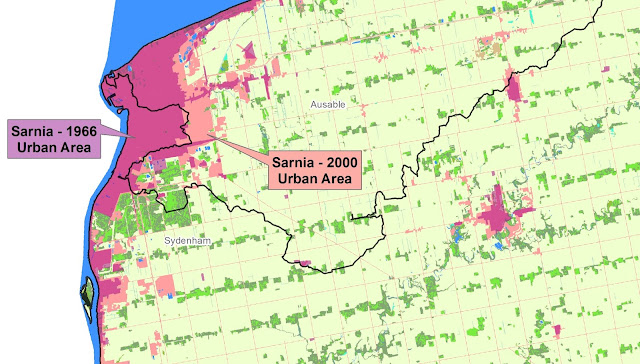 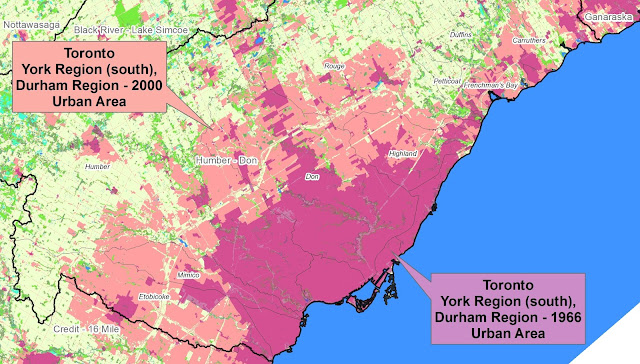 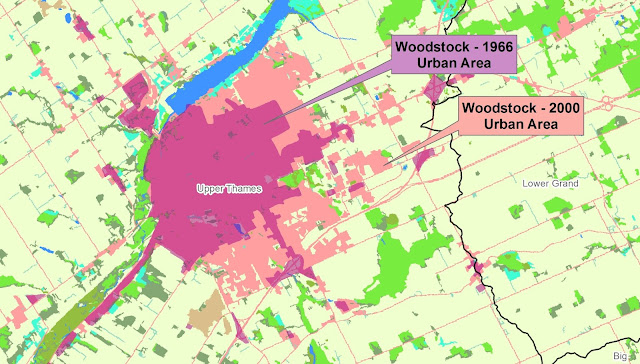 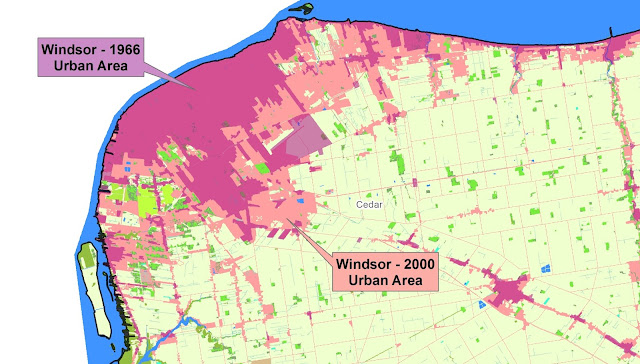 Sure, some of these areas developed between 1966 and 2000 have stormwater management controls up to a point. But it is commonly accepted that the on-site local stormwater controls do not completely address cumulative volumetric runoff impacts at larger scales. And the controls are finite - not controlling the rarest storms that drainage infrastructure could see in its design life. So expanded urban areas can drive downstream flood risk. Yes, every catchment is different and maybe no property is at risk downstream of some urbanized area (i.e., dedicated drainage easements and wide regulated flood plains have maintained a wide major flow path) - but in may cities the overland flow path has not been mapped managed or preserved, so increased runoff and flood risk can result.