Readers of this blog have seen these basic process described several times: (1) rain transforms into runoff when it hits the ground, (2) runoff accumulates and flows in rivers or municipal drainage infrastructure, (3) the capacity of the flow systems determines whether flow "backs up", "surcharges", "spills", or generally flows uncontrollably to where we don't want it to go, causing flooding.

The following maps show urban expansion in Mississauga, Oakville and Burlington Ontario from 1966 to about 2000 (data varies from 1999 to 2002). The overland flow system path based on Ontario conditioned digital elevation model is superimposed on the land use map so that the impact of urbanization and runoff into the drainage system can be considered. 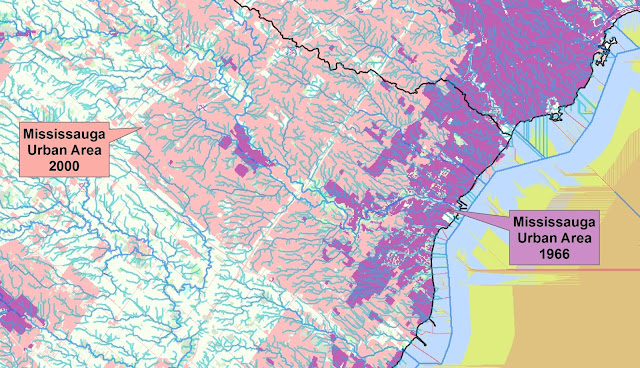 The effect of urbanization in Mississauga on runoff would be most acute in the smaller watersheds (e.g., not the Credit), where the upstream urban area has increased significantly since 1966. 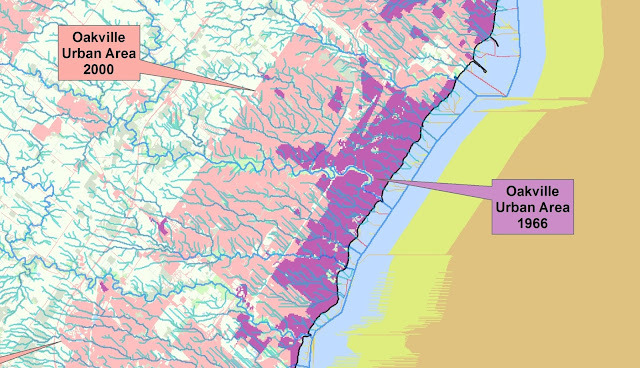 Likewise in Oakville - Bronte Creek, a large watershed more slightly influenced by the city's sprawl, has not been affected to the same degree as the smaller Fourteen Mile Creek to the west, where a high relative change in land use over that smaller watershed has occurred throughout the city. 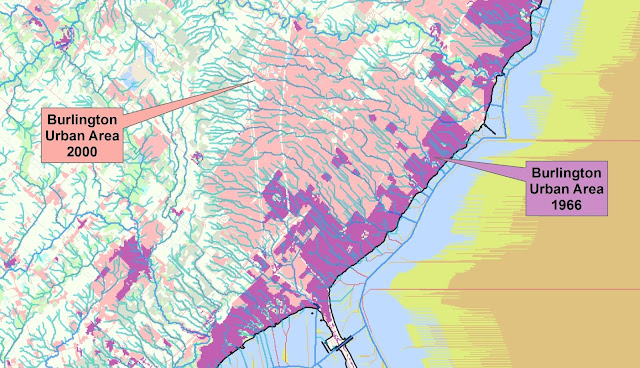 Same in Burlington - many small creek watersheds originating off the escarpment have dramatically increased urbanization over three decades. Burlington is characterized by creeks that have been realigned, straightened and encroached upon. These can be expected to be more sensitive to increased runoff rates due to expanded urbanization.

Parts of Hamilton have been urbanized up to the watershed divide (black line) by the late 1990's / early 2000's. How does this affect runoff into the old 'core' built to pre-1960's standards? 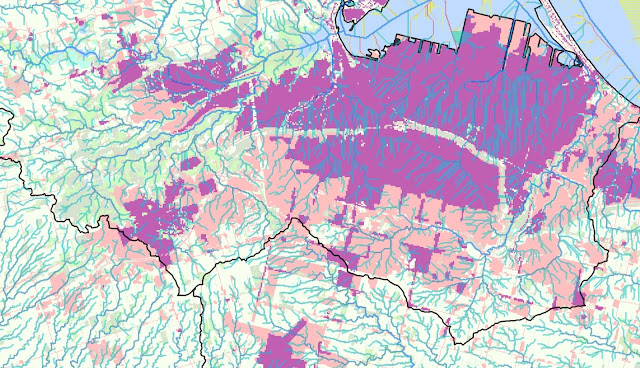 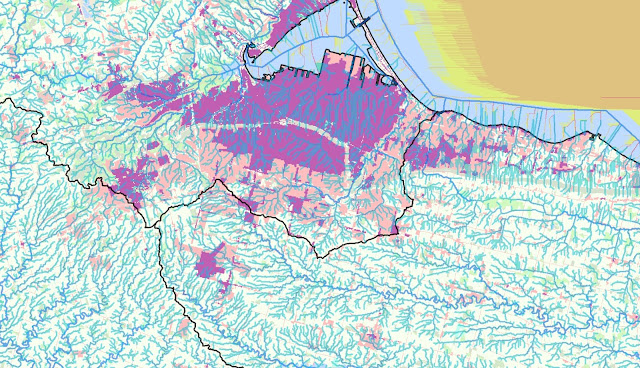 Richmond Hill (Lake Wilcox near upper middle of map). Some urbanization around the lake flows to the Humber where flow impacts would be muted, while other areas to the south flow flow to headwater tributaries of the Don and Rouge: 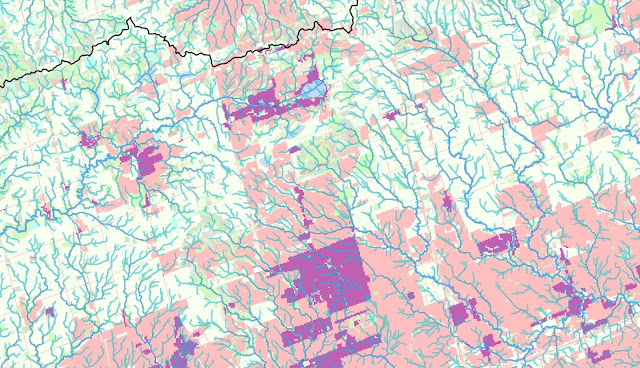