It is easy to 'think fast' and make observations about hydrologic and hydraulic events without looking at objective data. For example the document Blueprints for Action Minimizing Homeowner Flood Risk in the GTHA July 2017 notes the Toronto Island flooding:

"For many Torontonians in general, 2017 could be called “the year of the flood.” Higher amounts of rainfall during the spring caused Lake Ontario to swell by 55 centimetres, submerging not only parts of the Toronto Islands, but also affecting regional shorelines..."

"The cause of these kinds of flooding isn’t a secret. Climate change is having major local impacts across the Greater Toronto and Hamilton Area (GHTA) including major flooding. Storms and extreme weather that typically happened every 20, 40, 80, to 100 years are now happening with increasing frequency."

We broke a previous 1952 record by a couple inches in June according to Environment and Climate Change Canada's LevelNews;

"“Lake Ontario’s level at the start of June … set a new record for the highest beginning-of-June level on Lake Ontario in the period of record (1918 to present) breaking the previous record set in June 1952 by 5 cm.”

So what is different in 2017 compared to previous years with high water levels? Is the risk of flooding on Toronto Island greater today than before? Yes, and this has to do with land use planning and risk management as opposed to climate change risks. This is a short chronology of development on the Toronto Islands:
Was granting 99-year leases a good land use planning idea considering storm and flooding risks? Or did it unnecessarily add flood risk to a known high risk area, that had high lake levels in the past and significant storm damages even back in the mid 1800's? Obviously history shows us that there is not a significant climate change impact affecting flood risk but rather deliberate land use planning increasing the investment in a vulnerable area, as opposed to removing the risk (as was the plan through the 1970s).

And on the conclusion that storms and extreme weather are happening with greater frequency? Not at all. As Environment and Climate Change Canada has corrected the insurance industry on several occasions including recently in Canadian Underwriters:

The Toronto Island flooding is not unlike the Gatineau flooding in 2017. Buildings have been historically been built in areas that are at a high risk of flooding, and given enough time the risk will manifest themselves. Over time, old records will be broken - that is fundamental of statistical observations of random events, and not necessarily climate change impacts pushing old records higher. And the Toronto Island risks are not unlike high profile locations like High River, Alberta in 2013 or low profile locations like Cedar Beach Road, Clarington, Ontario in 2017. All these locations have intrinsic flood vulnerabilities based on their location and land use planning decisions. It is easy to call this a climate change impact but it it not accurate as the risks are long-standing ... yes back to the 1800's there were storm risks too.

Here is a summary of historical water levels (per August 2017 Bulletin and June 2017 LevelNews) and land use planning decisions at Toronto Islands (per Wikipedia):

Responsible journalism should not make sensational headlines out of every flood event that occurs and recognize that there is not a 'new normal' in weather extremes but rather the 'old normal' showing up again in a sequel. For example: 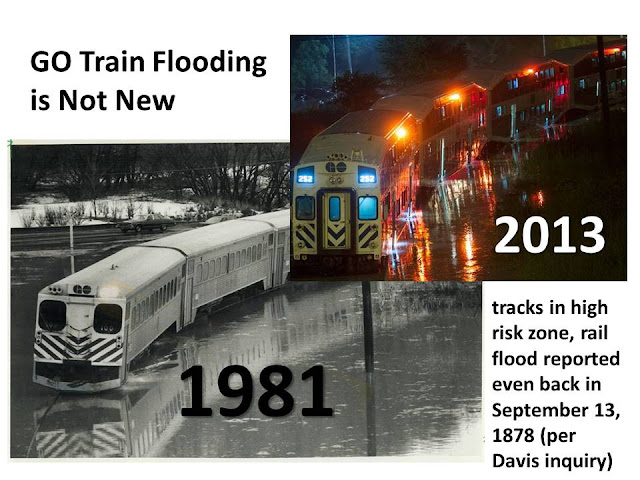 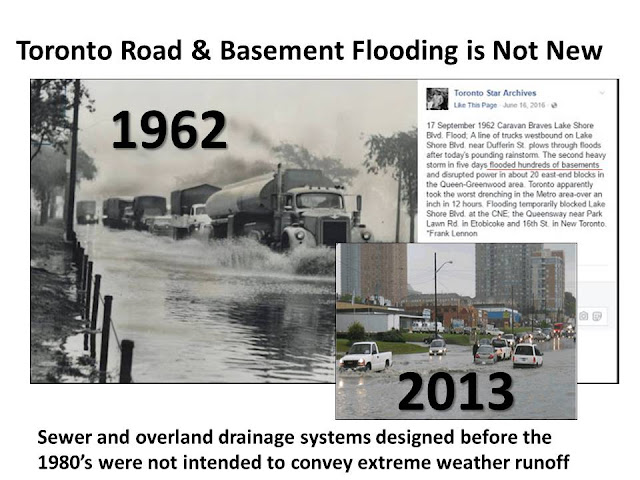 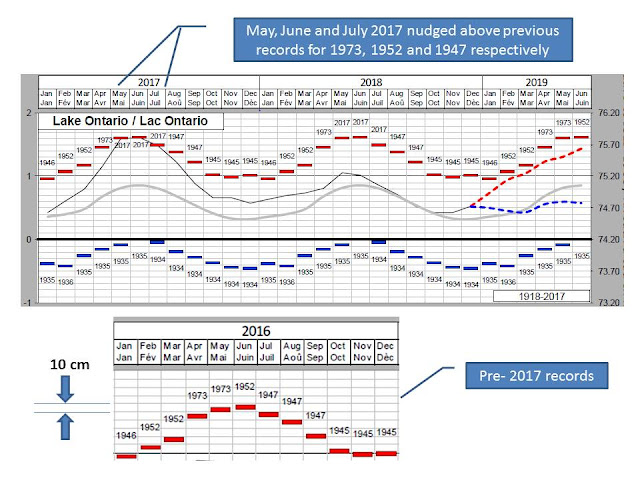 2017 levels nudged above previous records for May 1973, June 1952 and July 1947. It is not reasonable to expect that after 70 years very old records may be surpassed, like the July 1947 record being surpassed in 2017? Or that newer records would be surpassed too, like May 1973 after 44 years? After all its only a 100 year period of data and the Cornwall and Long Sault dams have been in place for just over half that time. 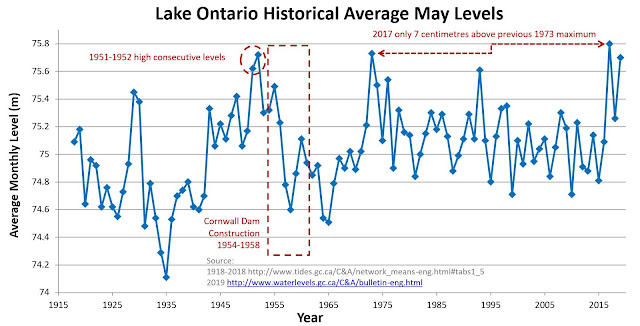 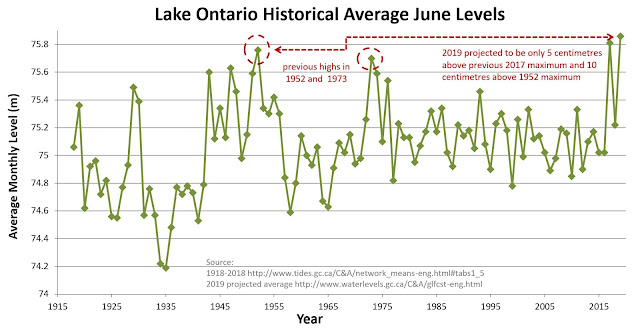 How can one adjust to such water level fluctuations? Retreating from the known hazard is one approach. PARA stands for "Protect, Accommodate, Retreat or Avoid" and is discussed in the Canadian context in the paper Protect, accommodate, retreat or avoid (PARA): Canadian community options for flood disaster risk reduction and flood resilience by University of Waterloo researchers. In the paper it is noted that "In Toronto, post-Hurricane Hazel, the City used retreat as an eﬀective strategy to reclaim and rezone ﬂood-prone land." and that in the five years after the storm at least 530 properties were expropriated and over 9000 hectares of land rezoned to disallow housing.

In some cases iconic buildings like the Leuty Avenue Lifeguard Station in Toronto's eastern Beaches neighbourhood have been moved to accommodate changing water levels. The station has recently been raised to protect it from recent high lake levels and has been relocated 4 times since its construction in 1920: 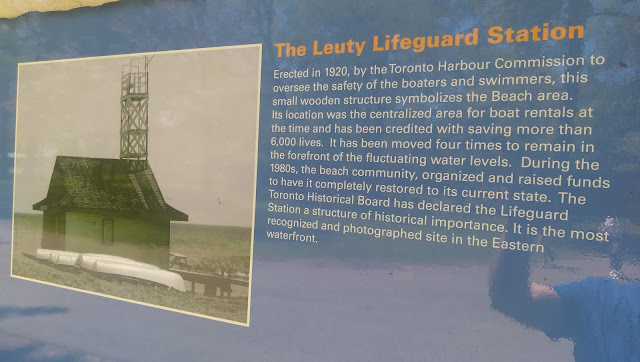