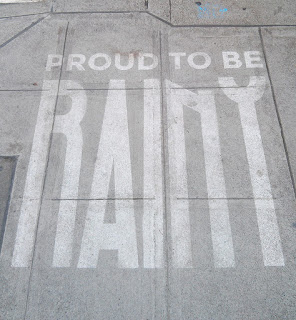 The summary tables below show rainfall intensity trend data for stations in southern Ontario (south of latitude 44 degrees), with over 30 years of record. The majority of trends are not statistically significant, and there are slightly more decreasing rainfall intensity trends than increasing ones. The summary table trends correspond to observed annual maximum recorded rainfall depths over various short durations. Have scientists been muzzled by the federal government from sharing this? Have Ontario scientists and engineers missed the facts that don't support the rationale for cap and trade, Bill 172?

The trend data are available in the version 2.3 dataset (file: idf_v2-3_2014_12_21_trends.txt, in
IDF_Additional_Additionnel_v2.30.zip, available at:
ftp://ftp.tor.ec.gc.ca/Pub/Engineering_Climate_Dataset/IDF/)

Individual cells in the table correspond to trend lines on individual, observed maximum rainfall charts. Below, a table with longer term stations (> 45 years of record) across all Ontario are shown with corresponding charts. For the Ottawa CDA RCS climate station, shortest duration extreme rainfall volumes and intensities are decreasing for 5 minutes to 3 hour durations, corresponding to the 6 left-most, light-green cells in the table, and the top and right 6 trend charts/times series plots. The next 2 light-red cells and bottom left charts show increasing 1 hour and 2 hour intensities. The last cell in the row and bottom chart shows increasing rainfall intensities over 24 hours - this trend is statistically significant at the 5% level, and so that chart includes the "Trend: +" note. 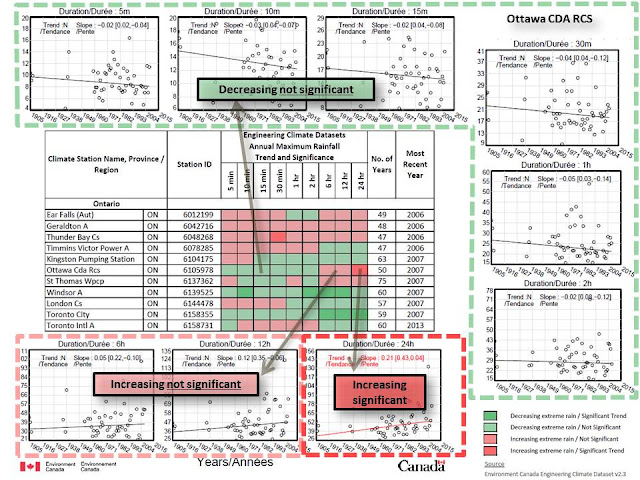 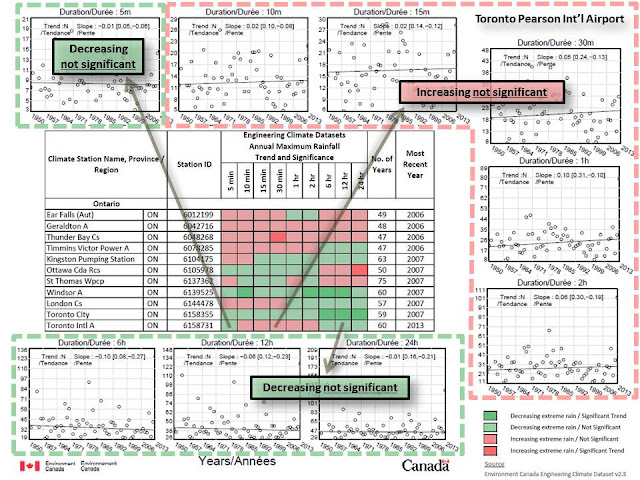 The historical rainfall observations for the central Toronto, Toronto City climate station, show decreasing extreme rain for all durations. Trends for 5 minute to 2 hour durations are mild and not statistically significant. Decreasing trends over 6 to 24 hour durations are stronger and are classified by Environment and Climate Change Canada as statistically significant - such charts include the "Trend: -" note. 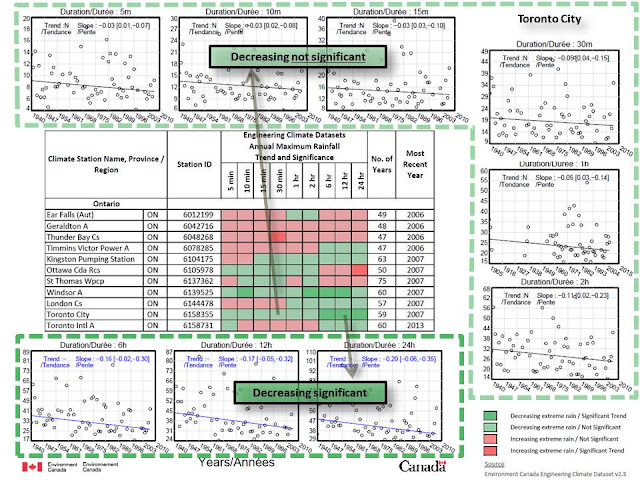 The table below shows Ontario extreme rainfall trends for all stations, including inactive ones and those with short records. Overall, there are no significant trends for over 93% of data points, with about 5% of data showing statistically significant increases and 2% showing decreases.

"Northern" Ontario stations show a greater increase in intensity than southern ones. The table below is similar to the first table, and includes more reliable long term record, recently active stations. Some traditional central and eastern Ontario stations above 44 degrees are included in this definition. Decreasing rainfall trends appear prevalent in the central and eastern stations spanning between -Kingston-Brockville-Cornwall-Kemptville-Ottawa. Increasing rainfall trends are more prevalent at the far north stations.