Is one month of rain in one day rare? Is weather reporting in Canada accurate? 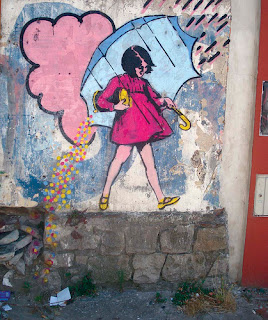 It is common to see headlines after a damaging storm state that "we had a month of rain in one day", and consider that a plausible cause of the incident. But is this misleading - is comparing a storm to a typically dry summer month meaningful at all? Are drainage systems designed to handle only an average day's rain, or something more extreme? The truth is, most drainage systems in Ontario are designed to handle well over a month of summer month rain in a day.

Examples of the "one month in a day" reporting can be seen after the record daily rainfall July 8, 2013 in Mississauga.

TheStar.Com reported after the incident that stranded customers were offered $100 as compensation and the GO Transit vice-president for customer service said "It is an exceptional gesture for an unprecedented circumstance." She added “That was a night of firsts for us: The first time we had a month of rain in one night ...".

The National Post weighed in making comparisons to rain on the particular calendar date "Before Monday, the highest rainfall ever experienced in Toronto for July 8 was 29.2 mm set in 2008 — a record that was more than tripled". This refers to the 126 mm of rainfall recorded at the Pearson International Airport climate station in Mississauga (not Toronto). It should be stated clearly that no drainage system in Canada is designed for the rainfall expected on a particular calendar date - the reason is that extreme rain can occur on any date and systems must be designed for all calendar dates expected during the service life of the infrastructure. So the National Post observation is meaningless when assessing the severity of the July 8, 2013 storm against the capacity of drainage systems.

Back to GO Transit and Metrolinx's assertion that a month of rain in one night is unprecedented. To assess this we can refer to Environment Canada's published "climate normals" including average monthly rainfall amounts. As expected those are low in the summer.  For example, in Toronto where the GO Train was stranded the average rainfall for July is 63.9 mm, as shown below or at this link: 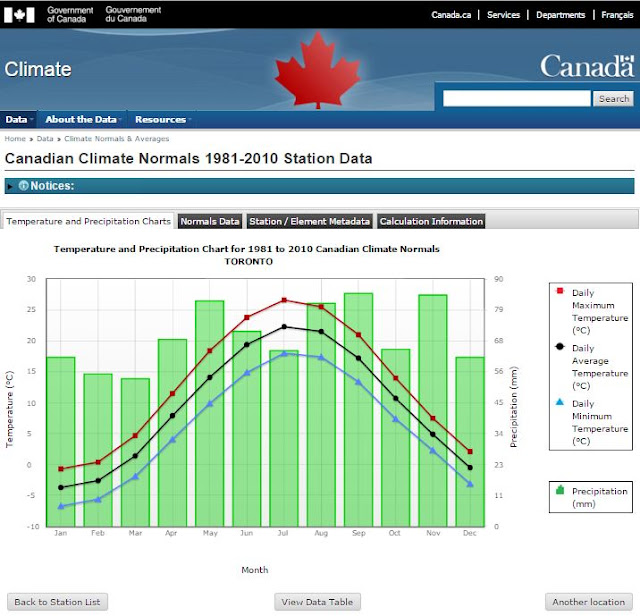 Consider that the minimum standard for river flood hazard assessment in Ontario is the greater of the 100 year storm or the more extreme historical regional storm. Most municipalities have a minimum 100 year level of service for urban drainage systems. That means new drainage systems are designed for about 94.7 mm of rain in 24 hours - 48% more than the average monthly total. 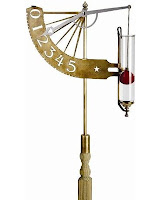 So is more than a month of rain in a day unprecedented? No.The graph below shows that the July monthly total rainfall at Pearson Airport was exceeded 6 times from 1950 to 2015, so once every 10-11 years, The Richmond Hill GO Train service started in 1978 so the monthly total was exceeded twice during years of operation before the July 8, 2013 incident - specifically in 1980 119.9 mm was recorded, exceeding the monthly total by 58%, and then again in 1995 78.8 mm was recorded, exceeding the monthly total by 4%. Exceeding monthly rainfall totals on a given day as a result of a moderate storm is not unusual based on historical records. Metrolinx was uninformed to suggest that July 8, 2013 was unprecedented for the operation of the Richmond Hill line. In fact, an earlier post shows that the maximum flood level recorded in 2013 was not on July 8, but on May 29, 2013 with 10 cubic metres per second more flow and 20 centimetres deeper flooding on the Don River observed.

The resulting flow rates in the Don River on July 8, 2013 were not rare or unprecedented compared to design flows shown on the following chart: 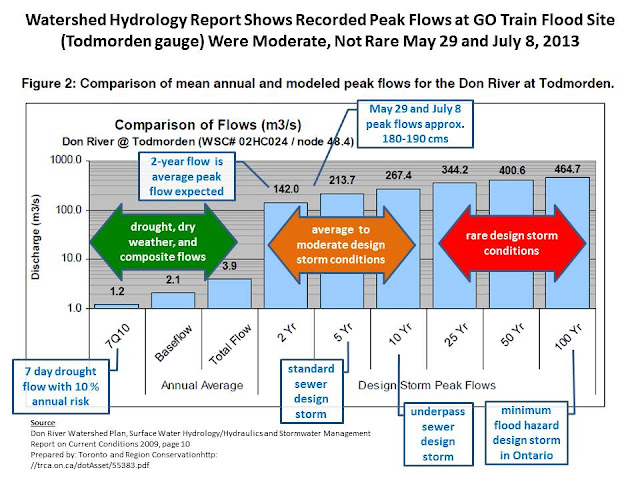 Weather reporting in Canada needs to be improved to provide accurate assessments of severity and risk based on relevant frequency and design data and not erroneous data comparisons.

Its time to overcome heuristic biases in reporting and start thinking carefully and slowly on important weather reporting and weather related policies in Ontario.
Posted by Flood Advisor