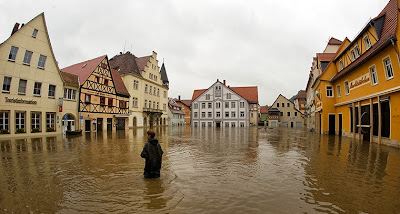 Flood events are the most frequently occurring natural disasters worldwide, and the costs and impacts are steadily rising.  In Canada, flood damage claims now exceed exceed that of other events and this affects regions across the country. Some stats:


While there is inherent uncertainty in the underlying meteorologic and hydrologic predictions, climate change impacts may increase risks in the future. While these

The European Commission notes that data on flood events shows "... the greatest "burden of mortality" is from drowning, heart attacks, hypothermia, trauma and vehicle-related accidents. The speed of onset of floodwaters is a determining factor in the number of immediate flood-related deaths."

Flash flooding can occur in urbanized areas whose smaller catchments respond quickly to short term rainfall bursts.  Generally, this does not result in drowning risk as overland flow along streets is shallow.  Nonetheless, runoff can accumulate in depressions and behind embankments that are a barrier to flow, resulting in high localized ponding that can pose a risk.  It is not uncommon to have underpasses flooded in this manner in urban areas.

In contrast to flash urban flooding, river flooding in valley systems that drain large watersheds can be slower to respond and and may be more sensitive to longer term rainfall volumes than short term rainfall intensities.

The European Commission lists the following regarding other adverse health effects related to flooding: 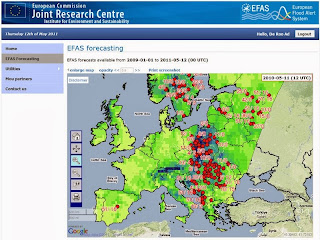